The Bill of Rights — 225th Anniversary of Ratification 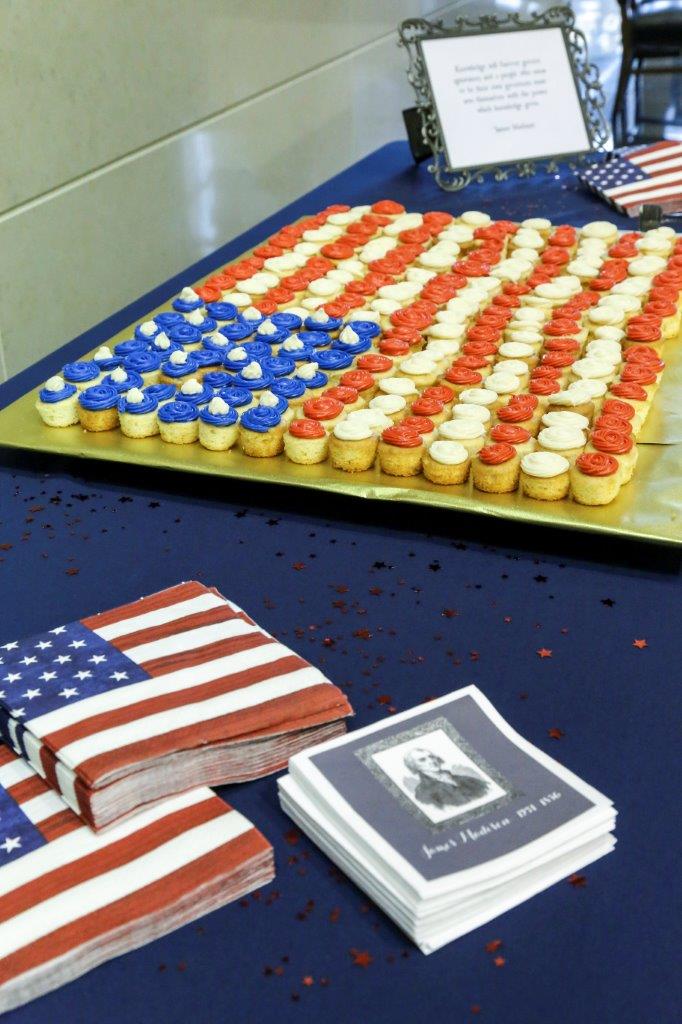 On December 15, 2016, judges, lawyers, courthouse staff, local students, and members of the community gathered in the lobby of the Bryan Simpson U.S. Courthouse in Jacksonville, Florida, to celebrate the 225th anniversary of the ratification of the Bill of Rights and the unveiling of a new, permanent display of a recently rediscovered Bill of Rights plaque from the old courthouse. Students from Jacksonville Beach Elementary School sang patriotic songs and James Madison himself gave a reading of the Bill of Rights. Three local middle-school students received awards for their submissions to a contest sponsored by the Bench Bar Fund. The celebration culminated with remarks from Judge Corrigan on the rediscovery of the historic plaque and a dramatic unveiling of the new display.